Goa, popularly known as ‘the pearl of the east', is famous for its churches, coconut groves, ferry rides, and bubbly folk music. Goa is an important destination in every tourist's journey. Goa is one of India's special places, a State seemingly blessed with fabulous weather, even more fabulous beaches, lovely people, good food, hill-top forts, beautiful churches, high Portuguese-era cathedrals, a unique cultural, therefore, that Goa is one of India's prime holiday destinations.
On 19 December 1961, the Indian Army began military operations with Operation Vijay resulting in the annexation of Goa, Daman, and Diu into the Indian union. The Bom Jesus Cathedral, Fort Aguada and a new wax museum on Indian history, culture and heritage in Old Goa are other tourism destinations.
The people of Goa are commonly referred by the name Gaon. The main language spoken by the people of Goa is Konkani. The tongue of the Konkani language varies depending on the nativity of the people and some of them are Bardeskari, Sashtikari, Pednekari and Antruj Bhasha. The Hindu people living in Goa refer to themselves as Konkani and Devanagari who are mainly the residents of Konkan. The Goans are mainly happy go lucky people who always extend a warm and a friendly relationship. They are very hospitable and enjoy each and every moment of life. They live their life they wish to. The culture of the Goans is a blend of their people, festivals, music and dance. The cultural heritage of the people of Goa also influence the costumes of the Goans.

Despite being under Portuguese control for so long, majority of the people in Goa are still Hindu. Though, Strong catholic influences are visible everywhere in the art, culture and society.
The demography of the state started changing after the coming of the Portuguese in the 15th century due to the spirit of propagating Catholicism they brought with them. The minority muslim community that is found in this state is the result of the brief period in the early 14th century when muslim rulers reigned over the state.
Goa as a region can be divided into four divisions - the Eastern Hill region comprising areas in the Western Ghats like Sattari, Ponda, Canacona, and Sanguem; the Central Valley Lands comprising Pernem, Bicholim, Ponda, Eastern Sanguem, and Quepem; the Flood Plains comprising the coastal plains and rolling uplands; and the Coastal Plains with areas of Tiswadi, Mormugao, Bardez, and Salcete. Temperatures in Goa are moderate with not much variation.
Goa has 2 districts: North Goa & South Goa. North Goa is further divided into three subdivisions – Panaji, Mapusa, and Bicholim; and five talukas – Ilhas de Goa (Tiswadi), Bardez (Mapusa), Pernem, Bicholim, and Sattari (Valpoi),Margão is the headquarters of South Goa district. South Goa is further divided into five subdivisions – Ponda, Mormugao (Vasco da Gama), Margao, Quepem, and Dharbandora; and seven talukas – Ponda, Mormugao, Salcete (Margao), Quepem, and Canacona (Chaudi), Sanguem, and Dharbandora. (Ponda Taluka shifted from North Goa to South Goa in January 2015).
Goa is rich in folk culture with a enjoyable which brings together dynamic Konkani folk songs, dance and music. Folk music of the state of includes Mando-a love song and Suvari folk music a traditional tone setter to all Hindu religious and festival performances, apart from others. Dances of the state include Bhandad, Corredinho that are Portuguese folk dances, the Beauty Dance called Dekhni, apart from Fugdi and Dhalo, Ghode Modni, Kala and Dashavatar, Lamp Dance, Tonvamel, and Morulem. The Goan Carnival and Christmas- New Year celebrations are well known to attract a large number of Tourists.
Goan Catholics are fond of social gatherings and Tiatr (Teatro). As part of its Portuguese history, music is an integral part of Goan homes. It is often said that 'Goans are born with music and sport '. Goan Hindus are very fond of Natak, Bhajan and Kirtan
Being the costal area, the main occupation of the people of Goa is fishing. Goa known for its princely beauty tourism also become a principal occupation of the people in the villages. They work as tourist guides, or run their own business in the beaches of they are also engaged in providing lodging facilities to the tourists.
Agriculture is one of the important economic activities in Goa. Goa has done much to improve and develop its agriculture so that it becomes more productive and the farmers who work on the field get a better return for their labour. Cashew is an important crop in Goa.
Tribes in Goa are an integral part of their cultural heritage. The chief tribes in Goa include:
• Gowdas
• Kunbis
• Velips
Tribal people in Goa have more or less retained their ancient ways of life - practices, lifestyles and customs. Though they are very much aware of their development of the outside world, they have always preferred to stay connected with their roots.
The traditional attire worn by Gauda, Kunbi, Velip and Zalmi tribes are known as "Kashti" with a blanket on the shoulders, " Kunbi Pallo"along with a tied knot and sari. Gaudas and Kunbis are native people residing in the coastal Indian state of Goa. They are believed to be the original residents of Konkan.

Message by Minister of Tribal Welfare 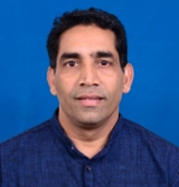 Poverty and exploitation, economic and technological backwardness, socio-cultural handicaps are some of the problems faced by the tribal communities of Goa. Alienated from their own lands, the tribal communities continue to be marginalised. The tribal of Goa have a long and rich cultural past and have progressively contributed towards the political, economic and social growth of Goa. Our aim is to underprivileged members of our tribal community with an obligation to make a difference in their lives and shall continue with our efforts to provide better services towards upliftment of Scheduled Tribes Communities of Goa.

As primary settlers of Goa, the tribals have still maintained their ancient rituals and customs and are well connected to their roots. With their rich heritage the tribals have enormously contributed towards the growth and development of our land. Even after much advancement of life, the tribals of Goa still remain to be backward, exploited and vulnerable to social and economical injustice. Our sincere endeavour to promote and fortify the economic interest of our Scheduled Tribes Community, especially the weaker sections, shall continue with our co-ordinated efforts to strengthen, to support and to protect the tribal community of Goa.